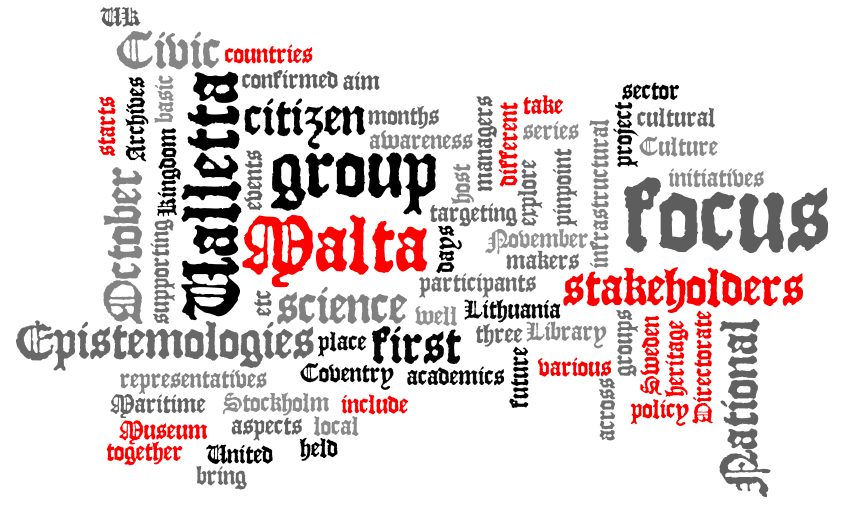 The establishment of the Network of Common Interest and the interaction with its members is very important for the achievement of high quality results. In addition to the online exchanges, the following face-to-face events are foreseen throughout the project:

The aim of the focus groups was to analyse the participants’ views on the potential strength of the citizen scientists and collect their feedback.

Three project partners were in charge of the focus group, respectively University of Malta, Coventry University and National Archives of Sweden. The participants in the focus group held in Malta consisted of policy makers and cultural heritage managers, Barcelona’s group was made up of citizen scientists, while the members in Sweden were archivists and members of  citizens’ associations on geneaology. The decision to target different types of stakeholders in the three focus groups aimed to capture more clearly the differences in requirements of these three key stakeholder communities.

A protocol for the organisation of the focus groups was established at the beginning of the project, in order to produce comparative results in each group. Download the protocol here.

A full coverage of these events are hosted in the Blog Area.