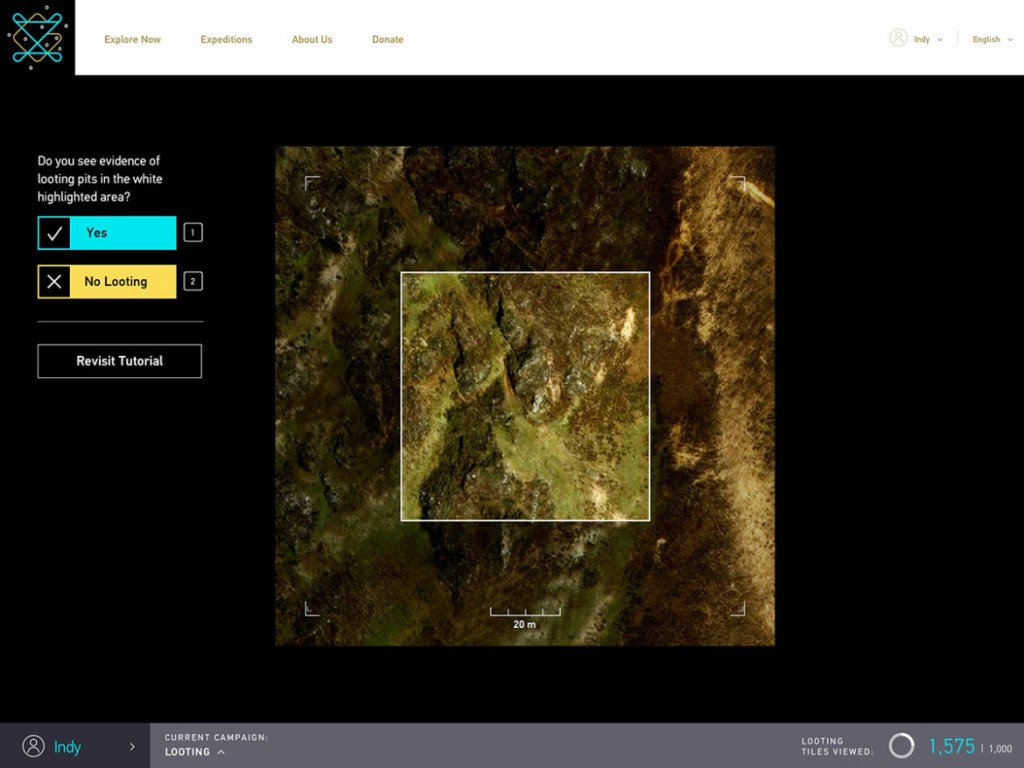 A year ago, University of Alabama professor Sarah Parcak won a $1 million TED Prize for her work in “space archaeology” — using satellite imagery beamed down from space to search for archaeological sites lost through time. Today, Parcak launches GlobalXplorer, a citizen science platform that encourages people around the world to identify and preserve our collective heritage.

GlobalXplorer, self-described as an “Indiana Jones Meets Google Earth” platform, relies on crowdsourcing and high-resolution satellite imagery to protect and identify archaeological sites around the world that are currently unknown. With a user-friendly interface, it is open to anyone with internet access, it trains users to spot tell-tale signs left by man — from shapes indicative of ancient structures to scars marked by looters — and flag areas potentially in need of exploration.

Currently, the “looting” module is live for Peru, where users can explore more than 200,000 square kilometers of high-resolution satellite images that come from partner company DigitalGlobe, Inc. Create a login, check out the short tutorial, and you’re on your way to earning “rewards” for your time and effort.

Parcak and a team of archaeologists review all the tiles classified by the community, and ones flagged as potential archaeological sites may eventually be explored and protected. To measure accuracy, every user has a consensus score that is earned and adjusted based on whether people who’ve reviewed the same tiles have arrived at the same conclusion. A low score likely means you should revisit the tutorial video.

This open access, of course, means looters themselves may dig into the resource, but GlobalXplorer is built to ensure land anonymity to prevent any malicious acts: there are tens of millions of small tiles, broken up from DigitalGlobe’s satellite images, and each is displayed to users at random, with no option to zoom or navigate. The tiles are also void of any data relaying their location or coordinates, instead assigned a unique ID that allows GlobalXplorer’s team alone to rematch them with their location information.

According to the project’s numbers, barely one percent of the world’s estimated wealth of archaeological sites has been identified or explored. With Parcak’s novel approach, we can all partake in the mission to ensure that experts reach these first, before looters strike, cause irreparable damage, and feed the blackmarket.

Parcak’s plans include producing tiles for a new country in late 2017, but donations to the project will be key going forward. The TED Prize launched GlobalXplorer, but public engagement and donations will be what ultimately save our history.